England will be looking to all but consolidate their place at Qatar 2022 when they take on Hungary at Wembley Stadium.

England’s 5-0 thrashing of Iberian outsiders Andorra last time out put them in a prime position to secure their berth at Qatar 2022 with three World Cup qualification Group I fixtures left to go. It’s been almost 50 years since the ‘Three Lions’ last lost to Hungary, as they’ve gone unbeaten in their 14 H2Hs (W12, D2) since a 4-2 defeat at the 1962 World Cup. Barring an iconic 6-3 victory at Wembley in 1953, the Hungarians have lost each of their remaining nine internationals on English soil. Yet, it’s worth noting that the two nations last met in such an encounter in 2010. Gareth Southgate’s men have been a force to be reckoned with at home of late, winning each of their last 21 home major tournament qualifiers by an aggregate score of 73-7.

In the meantime, the visitors have blown hot and cold in the ongoing World Cup qualifying cycle (W3, D1, L3) and can ill-afford another slip-up if they are to bridge a four-point gap on second-placed Albania. That could be a tall order, though, as the Hungarians lost their most recent World Cup qualifier away from home without scoring after beating group minnows Andorra and San Marino by a three-goal margin. Yet, Hungary can find some comfort in their solid overall away form over the past three years, having lost just one of their seven internationals on hostile soil (W5, D1) since a 2-0 defeat to Wales in a Euro qualifier in November 2019. After keeping four clean sheets in that seven-match spread, the ‘Magyars’ will believe they can put England to the test here. 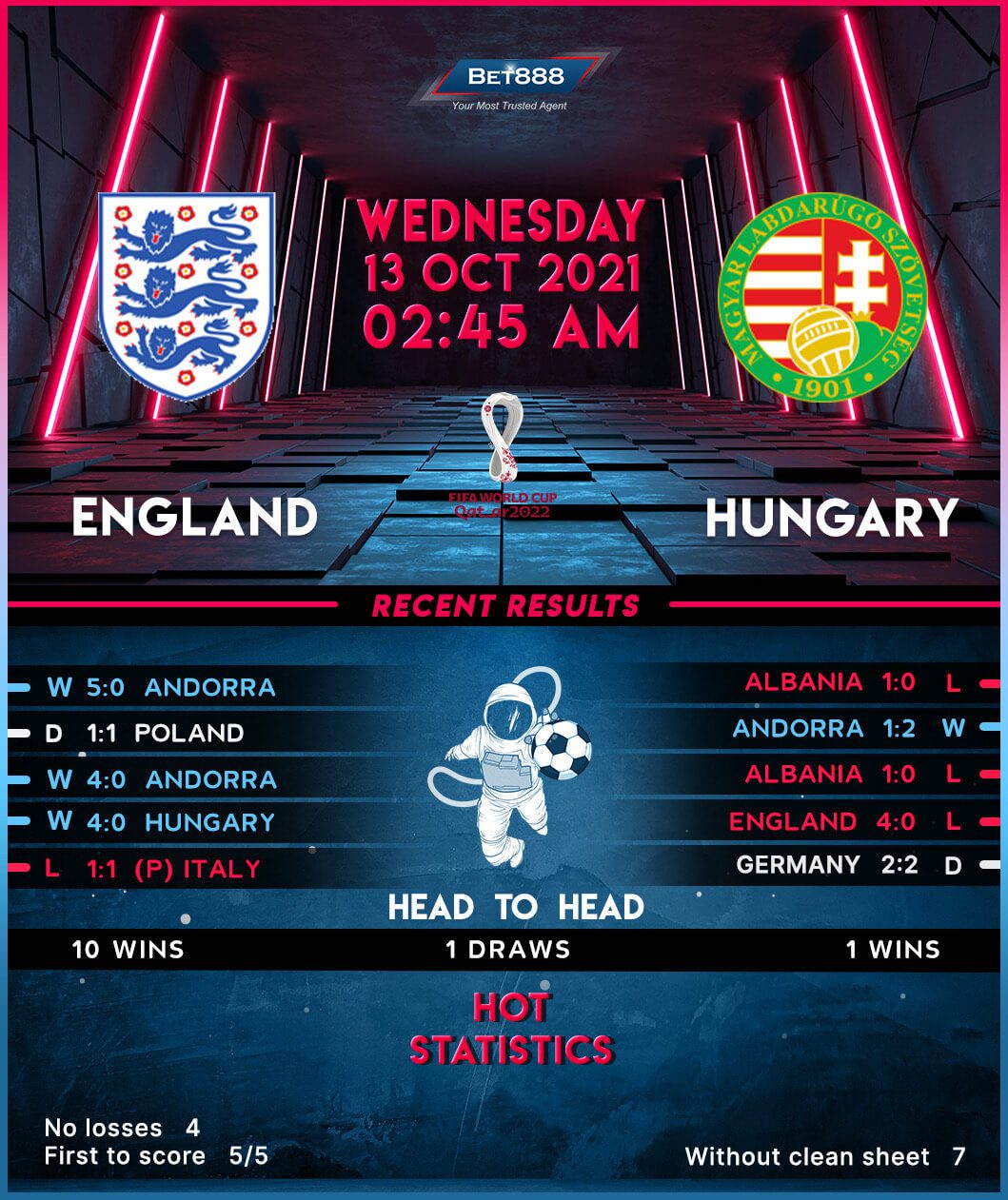 Lazio will be lookin…