Denmark’s hopes of reaching the 2022 World Cup knockout rounds are on the line as they face off against Australia at Al Janoub Stadium.

Unfazed by a thumping 4-1 defeat at the hands of reigning world champions France on the opening matchday, Australia recorded their first World Cup finals victory last time out, courtesy of a narrow 1-0 win over Tunisia. A draw will likely do the trick for the ‘Socceroos‘ as they bid to qualify for the competition’s knockout rounds for the first time since 2006. However, facing a European nation could throw a spanner in the works, with the Australians suffering eight defeats across 11 World Cup encounters against teams from the UEFA confederation (W1, D2) without keeping a clean sheet. On top of that, Graham Arnold’s men have picked up just three triumphs in 18 World Cup games (D4, L11), all of which arrived against sides ranked well below Denmark in the FIFA world rankings.

Meanwhile, Denmark’s woeful 2022 World Cup campaign was off to a sluggish start as they drew 0-0 with sub-par Tunisia before Kylian Mbappe’s second-half brace helped France beat them 2-1 last time out. Only victory will do for the Danes if they’re to make it out of the World Cup group stages twice in a row for the first time in the 21st century. However, since overcoming Peru in their opening outing at the 2018 World Cup in Russia, Kasper Hjulmand’s men have gone winless in five consecutive games at the tournament (D4, L1). After giving away points to France on matchday two, they could lose back-to-back matches in the World Cup group phase for the first time. But since they’ve only lost once in four previous meetings with Australia (W2, D1), that record should be safe and sound. 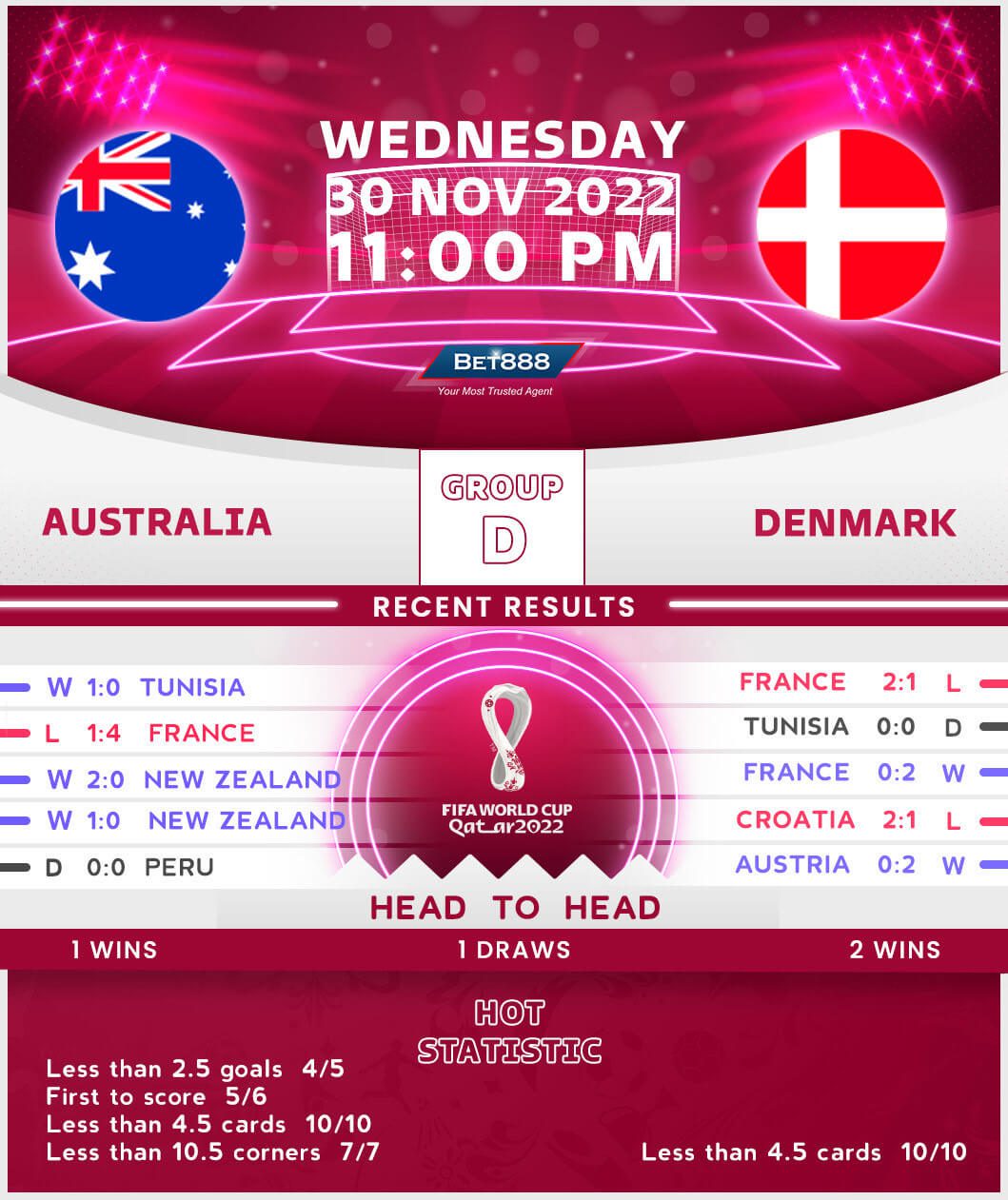