The United States will aim to solidify their place in North American World Cup qualifying when they take on sub-par El Salvador at the Lower.com Field.

With fourth-placed Panama hot on their heels following a 1-1 draw with Jamaica last time out, the United States will be looking to return to winning ways in World Cup qualifying. But the USA’s run of five consecutive H2H triumphs, including friendlies, came to a halt in the reverse fixture as they could only manage a scoreless draw in their inaugural ‘Qatar 2022’ qualifier. Now back on home turf in Columbus, the ‘USMNT’ can call upon their stellar form in front of attending home supporters, having won their last three World Cup qualifiers on domestic soil by an aggregate score of 6-1. Considering five of those six goals arrived beyond half-time, Gregg Berhalter’s men could be a nuisance for a lowly El Salvador after the break.

Indeed, the visitors have lost all three away matches in the ongoing qualifying cycle by an aggregate score of 7-2, conceding 2+ goals on each occasion. Curiously, though, El Salvador boasted a 1-0 HT lead in both previous World Cup qualifiers on hostile turf before ending up losing each fixture 2-1. With a single win to their name after the opening eight rounds (D3, L4), ‘La Selecta’ are unlikely to earn their first appearance at the World Cup finals since 1982. After failing to get on the scoresheet in eight of their last 13 internationals, El Salvador could even consider themselves lucky if they find the back of the net here. But with both of their away goals scored in the 2022 World Cup qualifying, it would be silly to put a quick-fire start past Hugo Perez’s side. 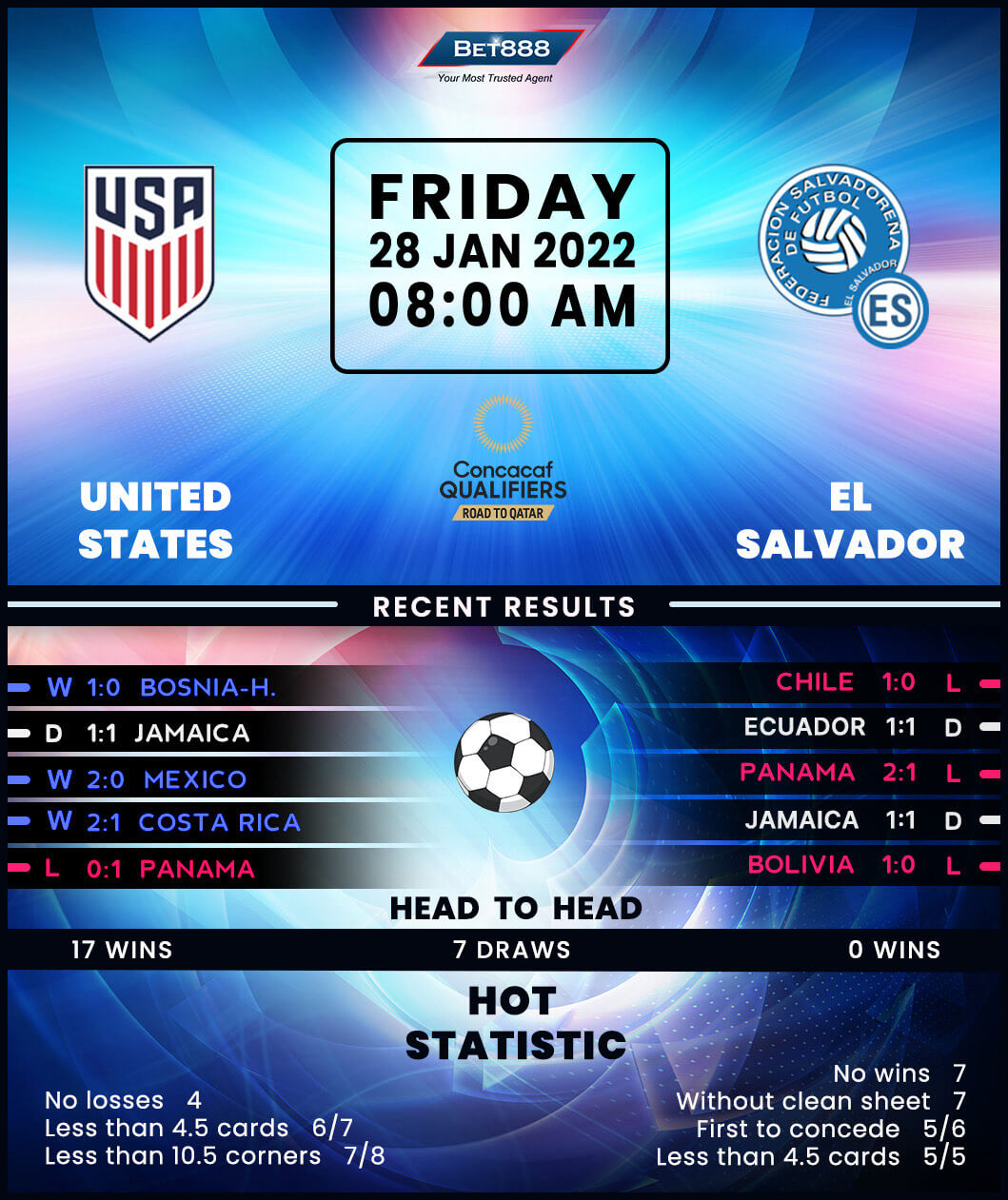