Union Berlin and RB Leipzig are set to exchange tackles in an intriguing Bundesliga clash at the Stadion An der Alten Försterei.

A 2-1 defeat at Eintracht Frankfurt at the weekend has kept Union Berlin’s indifferent form going (W1, D2, L2), though they trail fourth-placed Freiburg by a mere two points ahead of the kick-off. Far more comfortable on home soil, they’ve returned four of their five Bundesliga victories this season at the Stadion An der Alten Försterei, with their last three such wins being accompanied by a clean sheet. By extension, ‘Die Eisernen’ have only lost one of their previous 23 Bundesliga home fixtures (W12, D10), courtesy of a 5-2 thumping to Bayern Munich back in late October. That also remains the only time across Union’s last five home league games that they’ve failed to keep a clean sheet. However, with four of those five fixtures featuring under 2.5 match goals, a low-scoring theme could be on the cards here.

On the other hand, Leipzig have stumbled out of the blocks on the back of November’s international break, losing both Bundesliga fixtures by a two-goal margin. That’s a stark contrast to the visitors’ showings prior to the pause, with Jesse Marsch’s men going unbeaten in their seven top-flight matches heading into the international window (W4, D3). Nonetheless, playing away from home has not been Leipzig’s strong suit this season as they enter this round winless in all six Bundesliga travels under Marsch (D3, L3). Indeed, only three (12.5%) of Leipzig’s 24 Bundesliga goals scored this term have come away from home, underlining their lackluster form on hostile turf. Things are unlikely to change this time around, as they take on a Union Berlin side they’ve defeated only once in four away H2Hs in all competitions (D2, L1). 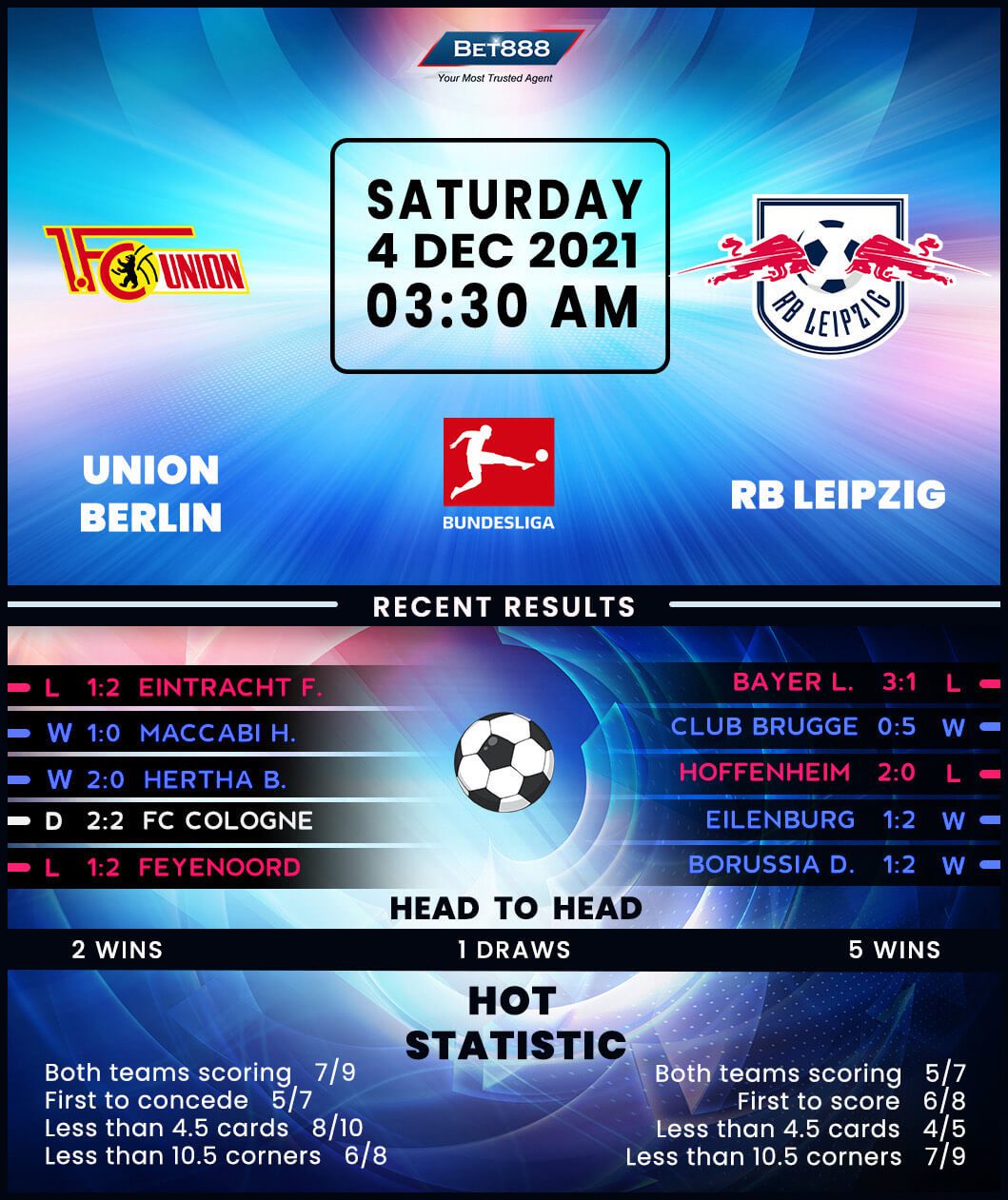