Tunisia and France are set to meet each other at the Education City Stadium in their final 2022 World Cup Group D match-up.

Tunisia’s heroic scoreless draw against Denmark on the opening matchday was in vain as they succumbed to a heartbreaking 1-0 defeat to Australia last time out. To make it out of the World Cup group stages for the first time in their sixth tournament appearance, the ‘Eagles of Carthage’ have to beat reigning champions France and hope Australia and Denmark draw in Group D’s remaining contest. While that looks far-fetched, Jalel Kadri’s men face a more realistic prospect of going winless in all three group-stage games for the fourth time in six World Cup participations. Indeed, they’ve never defeated across their four previous H2H encounters (D2, L2), including a 1-1 draw in their most recent duel back in 2010. Unless they trouble the scoreboard here, Tunisia will go the entire World Cup group-stage journey for the first time.

In the meantime, defending champions France came from behind to thump Australia 4-1 in their curtain-raising Group D fixture before claiming a hard-fought 2-1 win over Denmark to become the first nation to Qatar to qualify for the knockout rounds. Didier Deschamps’ men head into proceedings on the back of a nation-record six consecutive World Cup matches, with only Italy (7) and Brazil (11) ever enjoying a longer winning streak at the tournament. But despite France’s household status in world football, they have somewhat surprisingly alternated between winning (3) and losing (2) across their five World Cup encounters against African teams. They’re likely to buck that trend, mainly thanks to Deschamps’ outrageous 78.6% win ratio in charge at the World Cup (11/14). 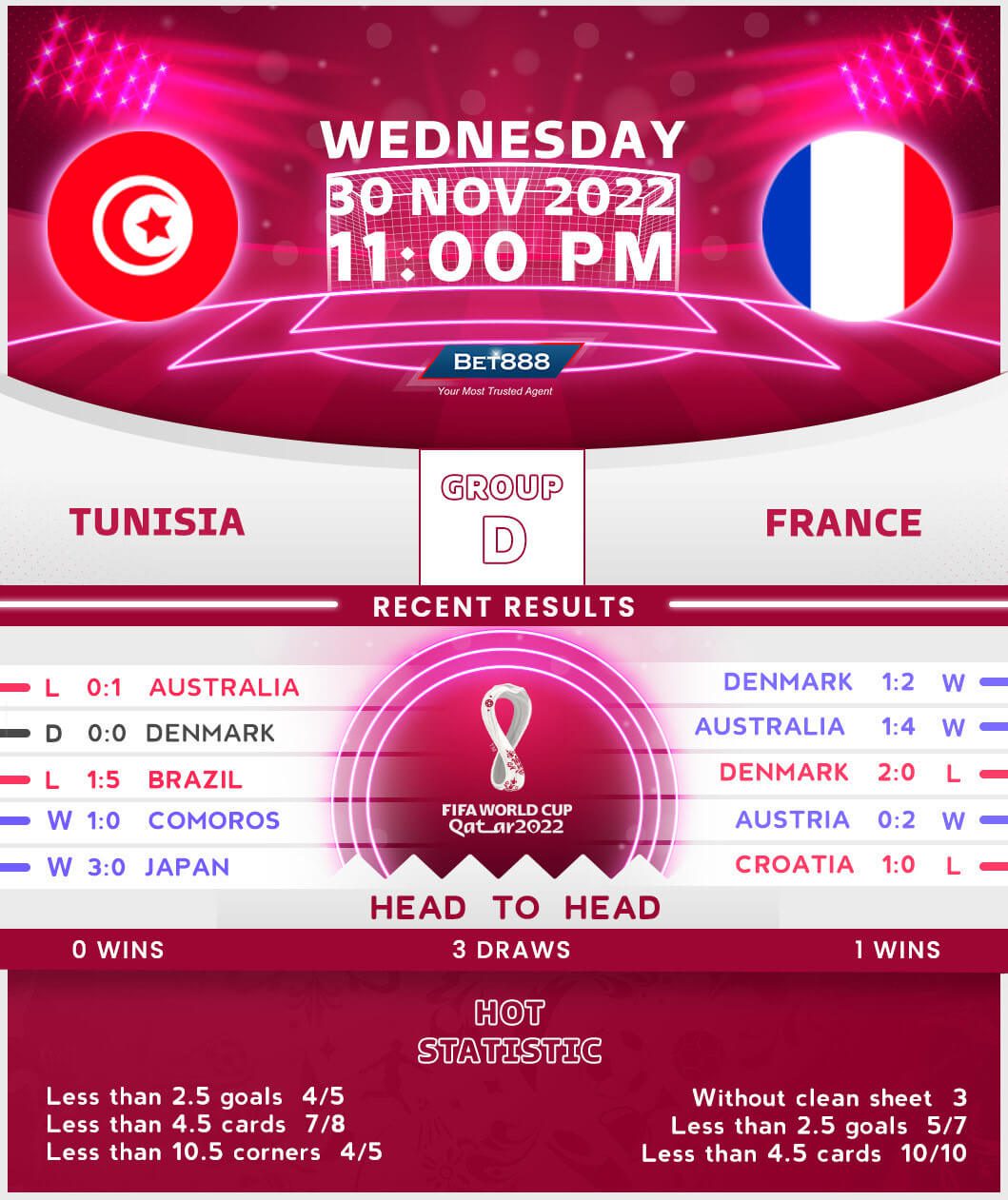