It all comes down to this for Saudi Arabia and Mexico as they lock horns in a must-win 2022 World Cup Group C encounter at Lusail Iconic Stadium.

History beckons for Saudi Arabia as they bid to reach the World Cup knockout stages for the first time since 1994 and halt a run of four consecutive group-phase eliminations. Yet Herve Renard’s men failed to build on a historic 2-1 victory over Argentina in their Group C opener, going down 2-0 at the hands of Poland last time out. Defensive frailties have been Saudi Arabia’s main problem at the World Cup, as they’ve kept just one clean sheet across their 18 outings at the tournament, conceding 42 goals at an average of 2.33 per game. Indeed, among nations to have played 10+ World Cup fixtures, the ‘Green Falcons’ lament the lowest clean sheet ratio in the tournament’s history (6%). If that’s not concerning enough, the Saudis have never won in their five previous meetings with Mexico (D1, L4).

On the other hand, Mexico could be forgiven for losing 2-0 to almighty Argentina in round two, however, an indifferent goalless draw with Poland in their curtain-raising Group C match-up remains a problem. Having now failed to get on the scoresheet in four consecutive World Cup matches, the Mexicans face the risk of dropping out of the World Cup already in the group stages for the first time since 1978. No longer in control of their progression hopes, ‘El Tri’ must beat Saudi Arabia and hope Argentina and Poland share the spoils in the group’s other contest to stand a chance of qualifying for the round of 16. Gerardo Martino’s men have to focus on holding up their end of the bargain and arrest their longest winless World Cup run (4) since failing to win their first 12 matches at the tournament between 1930 and 1962. 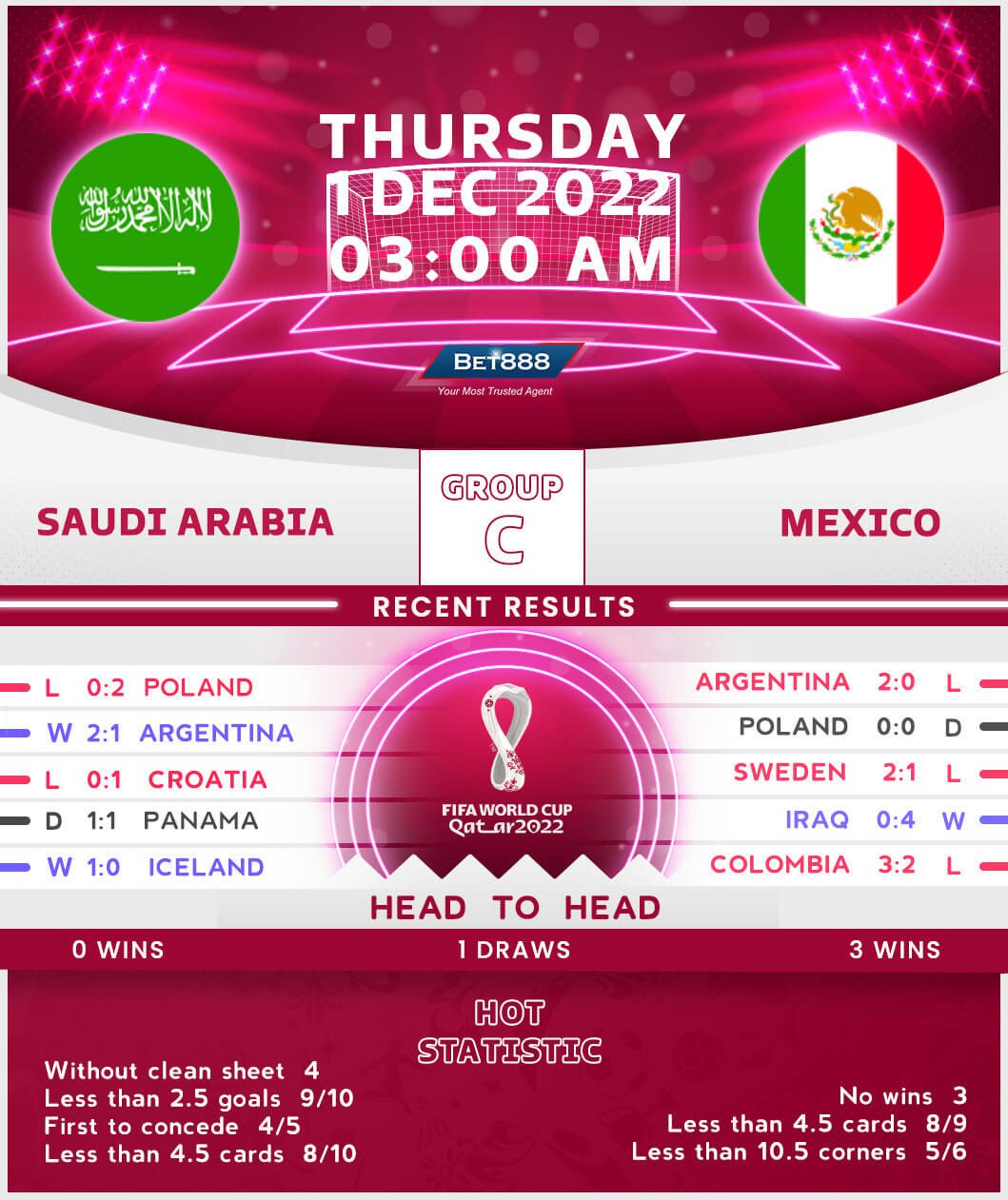