After staging a sensational comeback to beat Celtic 4-3 at home in their Europa League curtain-raiser, Betis went on to outscore Ferencvaros 3-1 last time out to boost their hopes of reaching the competition’s knock-out stage for the third season running. Having won both previous European clashes against German opponents, ‘Los Verdiblancos’ will look to extend their three-match unbeaten home streak in all competitions here (W2, D1). Confident in the front third, Betis netted 2+ goals on each occasion during that three-game run. Worryingly, though, after conceding just four goals across their first eight home matches in the Europa League, the Spaniards have let in precisely three goals in their last two such outings. However, Manuel Pellegrini’s men have suffered just two defeats in their previous 18 Europa League fixtures (W9, D7).

In the meantime, Bayer Leverkusen followed up a hard-earned 2-1 home win over Ferencvaros with an overwhelming 4-0 away victory over Celtic on Matchday 2 to climb to the top of Group G. However, Leverkusen’s disastrous historical record on Spanish soil casts doubt on their hopes of winning their first-ever European meeting with Betis, having won just three of their 19 visits to the country so far (D3, L13). Coming into this encounter on the back of a 5-1 home thumping to Bayern Munich in the Bundesliga, manager Gerardo Seoane will hope to avoid losing back-to-back games for the first time in charge of Leverkusen. On the bright side, though, ‘Die Werkself’ have racked up 11 victories across their last 15 Europa League matches (L4), netting a resounding average of 2.7 goals per game in that run. 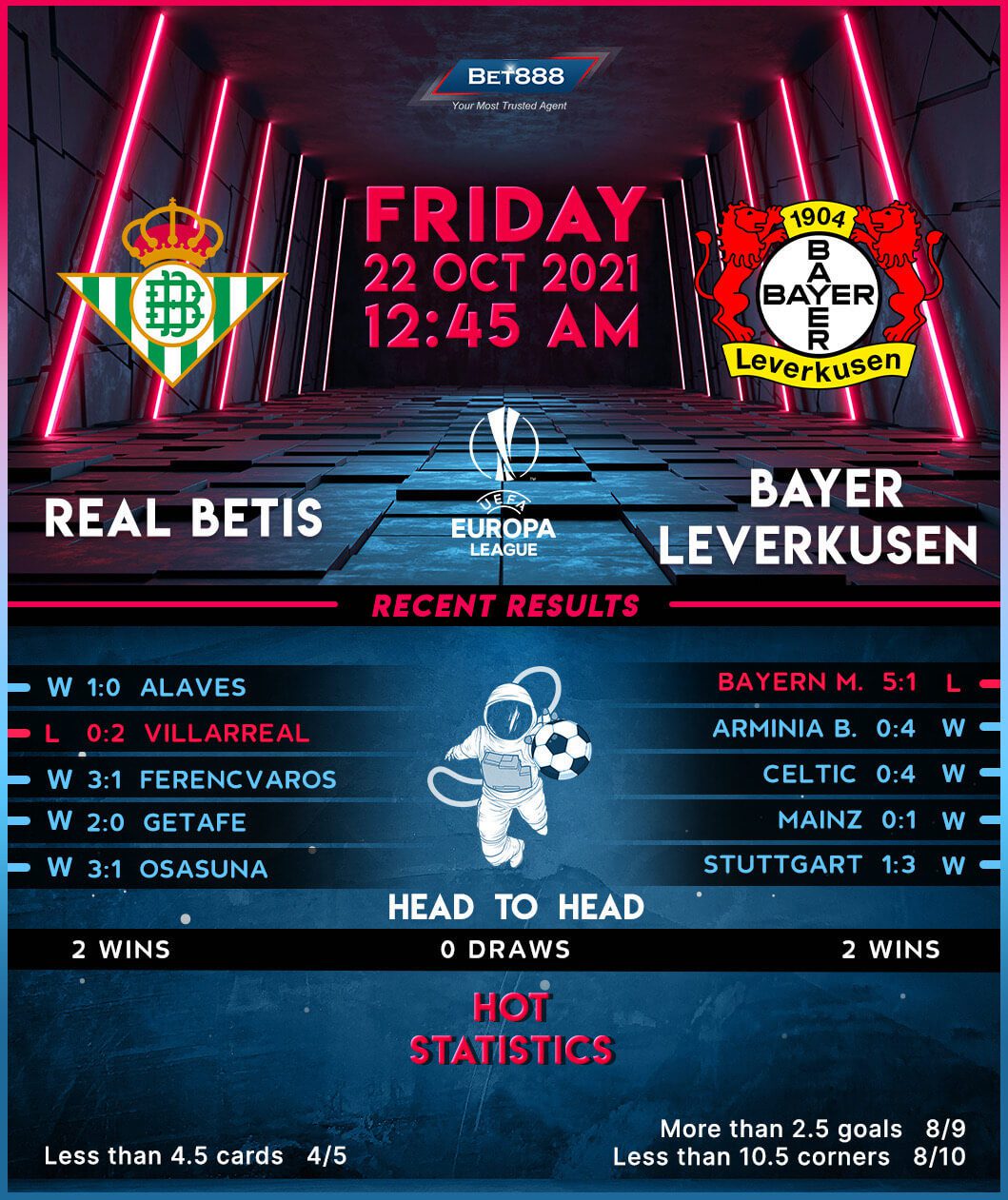