Ludogorets welcome Mura to Huvepharma Arena for the second leg, with their Champions League second-round qualifying tie finely poised at 0-0.

Ludogorets bounced back from a scoreless first-leg draw to beat domestic rivals Lokomotiv Plovdiv 3-1 on the road last time out and extend their unbeaten run in all competitions to five matches (W4, D1). The ‘Eagles’ have yet to concede a goal in the ongoing Champions League qualifying campaign, having ousted Shakhtyor Soligorsk in the previous round 2-0 on aggregate (1-0 H, 1-0 A). Since being held to a 1-1 stalemate to Lokomotiv Plovdiv in the domestic cup back in mid-March, none of Ludogorets’ subsequent nine competitive home games have ended level (W7, D2), with the reigning Bulgarian champions winning the last three in a row by an aggregate scoreline of 9-1. Curiously, each of Ludogorets’ three European showdowns against Slovenian opposition ended as a draw.

Meanwhile, Mura made light work of their first-round tie against North Macedonian outfit Shkendija, winning both legs ‘to nil’ (1-0 A, 5-0 H) to set up their first appearance in the Champions League second qualifying round. However, they have since gone winless in three consecutive matches in all competitions (D1, L2), drawing a blank twice in that spread of games. Mura’s indifferent away form in 2021 has seen them pick up only four wins from ten competitive road trips (D2, L4), with 50% of the fixtures won/lost in that sequence seeing the victor keep a clean sheet. Topically, each of their three European road trips overall saw the winner on the day register a shutout (W2, L1). Early action has highlighted Mura’s recent competitive games, with two of the last three seeing the opener scored by the 10th minute. 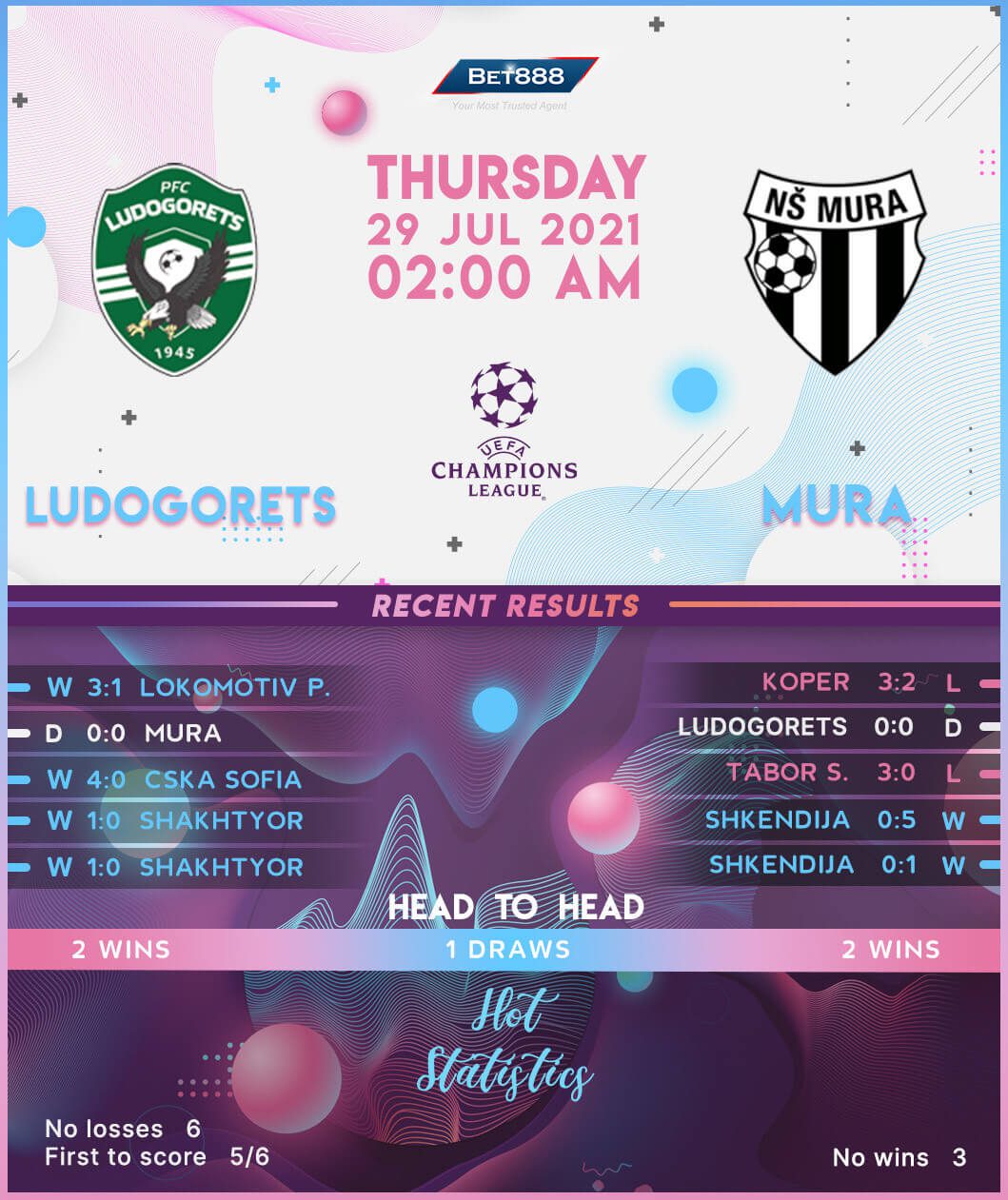 Dinamo Zagreb and We…