Lazio will be looking to maintain their 100% win ratio against Olympique Marseille when the two sides meet at the Stadio Olimpico in the UEFA Europa League.

The hosts have picked themselves up from a dismal 1-0 away loss to Galatasaray, beating Lokomotiv Moscow 2-0 at home last time out to climb to second in Group E. Another victory here would boost Lazio’s hopes of making it out of the Europa League group stage. After winning each of their last four home meetings with French opposition in this competition, the ‘Biancocelesti’ will like their chances here. Additionally, they have been victorious in all four European clashes against Marseille, netting 2+ goals on each occasion. In turn, the Italians have scored an average of 3.2 goals per competitive home match this season. Interestingly, none of Lazio’s previous 19 Europa League fixtures have ended as a draw (W8, L11), with Maurizio Sarri’s men seeking back-to-back wins in the competition for the first time since November 2018.

On the other hand, the visitors have drawn both Europa League group stage fixtures this season, both of which featured a goalless half-time score. Marseille’s pursuit of their first Group E victory hangs by a thread, considering that they have lost each of their last five European encounters against Serie A opponents, including a pair of defeats to Lazio in the 2018/19 Europa League group stage. Additionally, the Ligue 1 giants have failed to win any of their last nine away matches across Europe’s major competitions (D2, L7) since outscoring Athletic Bilbao in this tournament back in 2017/18. A lack of firepower up top has seen Marseille score just a single goal across their last five continental travels, which could be a massive concern for Jorge Sampaoli. 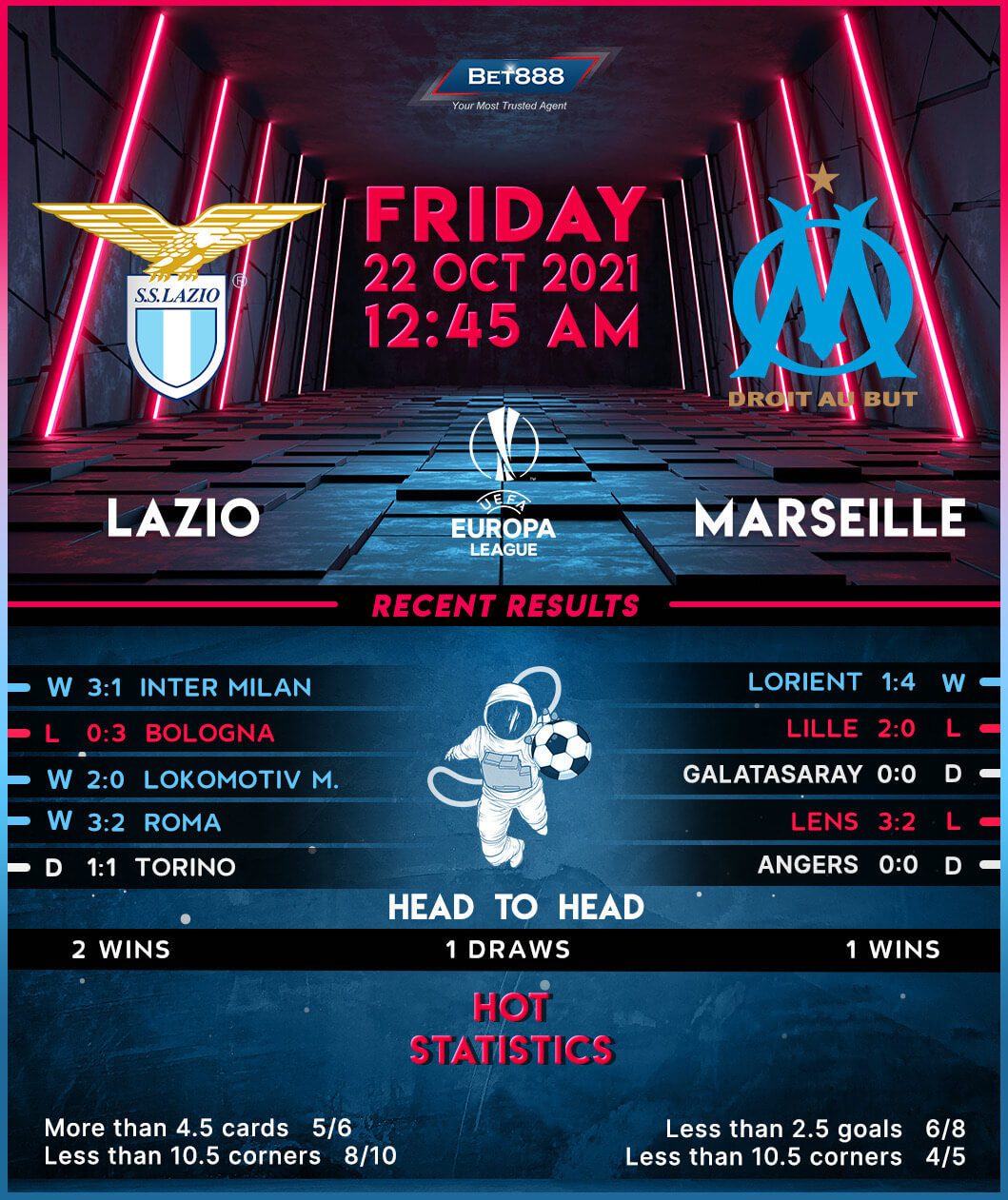