China will make a last-ditch attempt to save their ‘Qatar 2022’ qualification hopes when they take on high-flying Japan at the Saitama Stadium.

A run of three successive triumphs by a single-goal margin has brought Japan on the cusp of making their seventh consecutive appearance at the World Cup finals. Yet, sitting just one point clear of third-placed Australia in a highly-competitive Group B, the ‘Samuari Blue’ can ill-afford to rest on their laurels. A home encounter against a China side they have defeated in their last three meetings in all competitions comes at an opportune moment for Japan, who have experienced mixed fortunes at home in the ongoing qualifying cycle (W1, L1). With both of those matches (won/lost) seeing the deciding goal arrive beyond the 80th minute, Hajime Moriyasu’s team could leave it late against China in Saitama.

Meanwhile, barring a 3-2 home win over dead-last Vietnam on Matchday 3, China’s performances in the World Cup qualifying Group B have flattered to deceive (D2, L3). Indeed, they have played out identical 1-1 draws with Australia and Oman heading into this fixture, with both games seeing the travelling side harbour a narrow 1-0 HT lead. Adding to a sizeable list of concerns, the ‘Dragon’s Team’ have conceded precisely three goals in both third-round World Cup qualifiers away from home, including two before half-time on each occasion. They are unlikely to improve their disappointing defensive record here, given that they’ve conceded 2+ goals in five of their previous six H2Hs away from home, including the last two in a row. 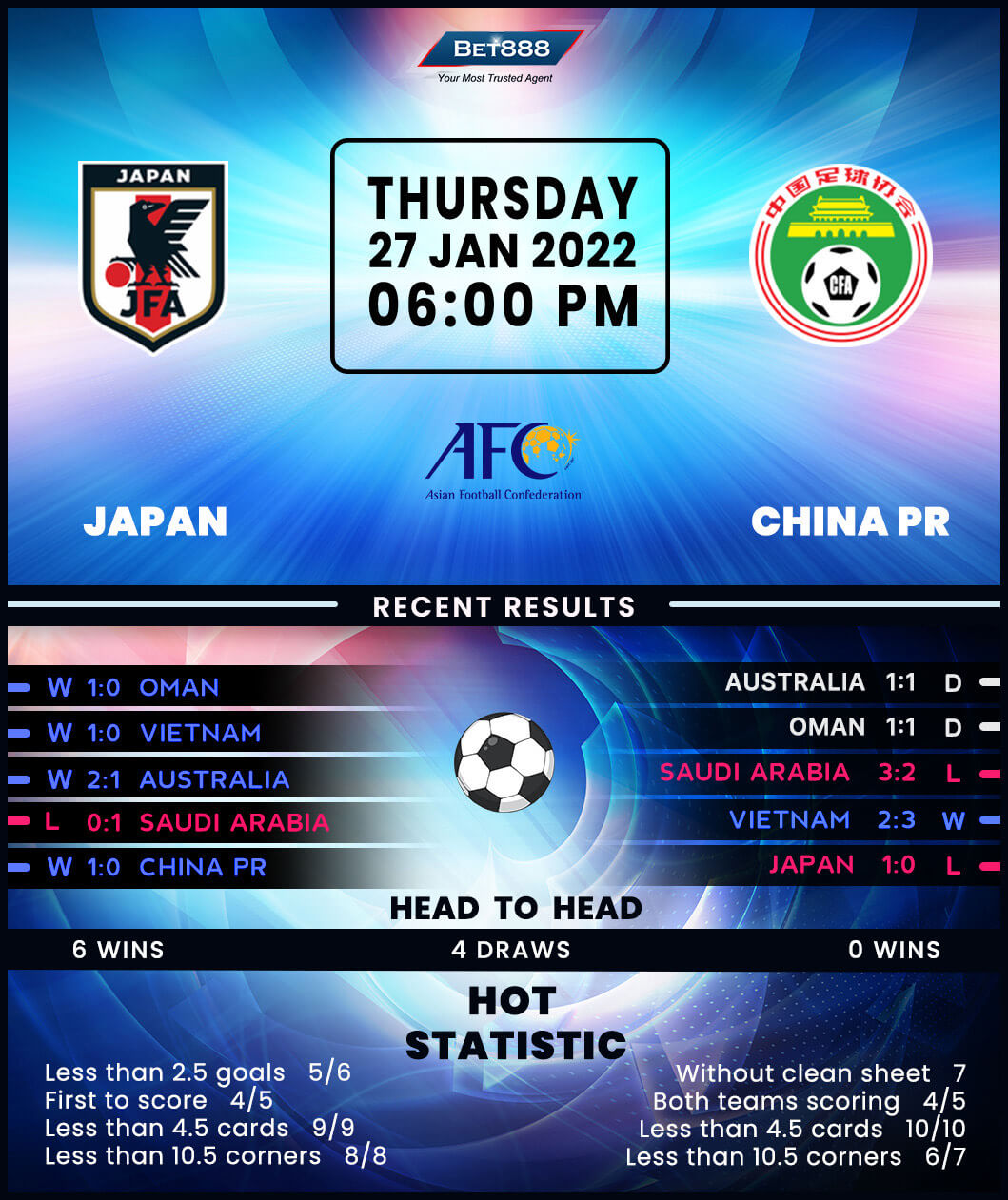