PSV Eindhoven head to the Basaksehir Fatih Terim Stadium to take on Galatasaray in the return leg of their Champions League qualifying tie, harboring an overwhelming 5-1 lead from the first leg.

Galatasaray’s first-leg destruction brought their six-match winning streak in all competitions to a halt, with four of their triumphs in that sequence yielding a full-time margin of 2+ goals. Despite two of their previous three home Champions League encounters against PSV produced identical 2-0 victories, it will be almost impossible for the Turkish powerhouse to overturn this deficit. What’s more, the ‘Sarı-Kırmızılılar’ lament a disappointing overall European record against Dutch opposition, having lost five of their seven such contests (W2). Yet, they can draw some confidence from racking up back-to-back 3-1 home wins in all competitions ahead of the kick-off. Entertainment has been relatively sparse in Galatasaray’s recent home European fixtures, with each of the last four featuring under 2.5 total goals (W1, D1, L2).

On the other hand, PSV’s first-leg success took their unbeaten run in all competitions to eight straight matches (W6, D2). The Eredivisie giants netted an average of 2.5 goals across that period, scoring 2+ goals on six occasions. However, PSV’s indifferent away form could be an issue, with the ‘Peasants’ picking up just three wins from their last nine competitive road trips (D2, L4). The high-scoring theme highlighted that spread of matches, with 55.56% of them witnessing over 2.5 goals and both teams scoring. Going back to the 2019/20 season, none of PSV’s last 12 away European fixtures have ended level (W7, L5), with 66.67% of those results (win/loss) yielding a full-time margin of 2+ goals. Topically, they have experienced mixed fortunes across their four European trips to Turkey in the 21st century (GP4 – W2, L2). 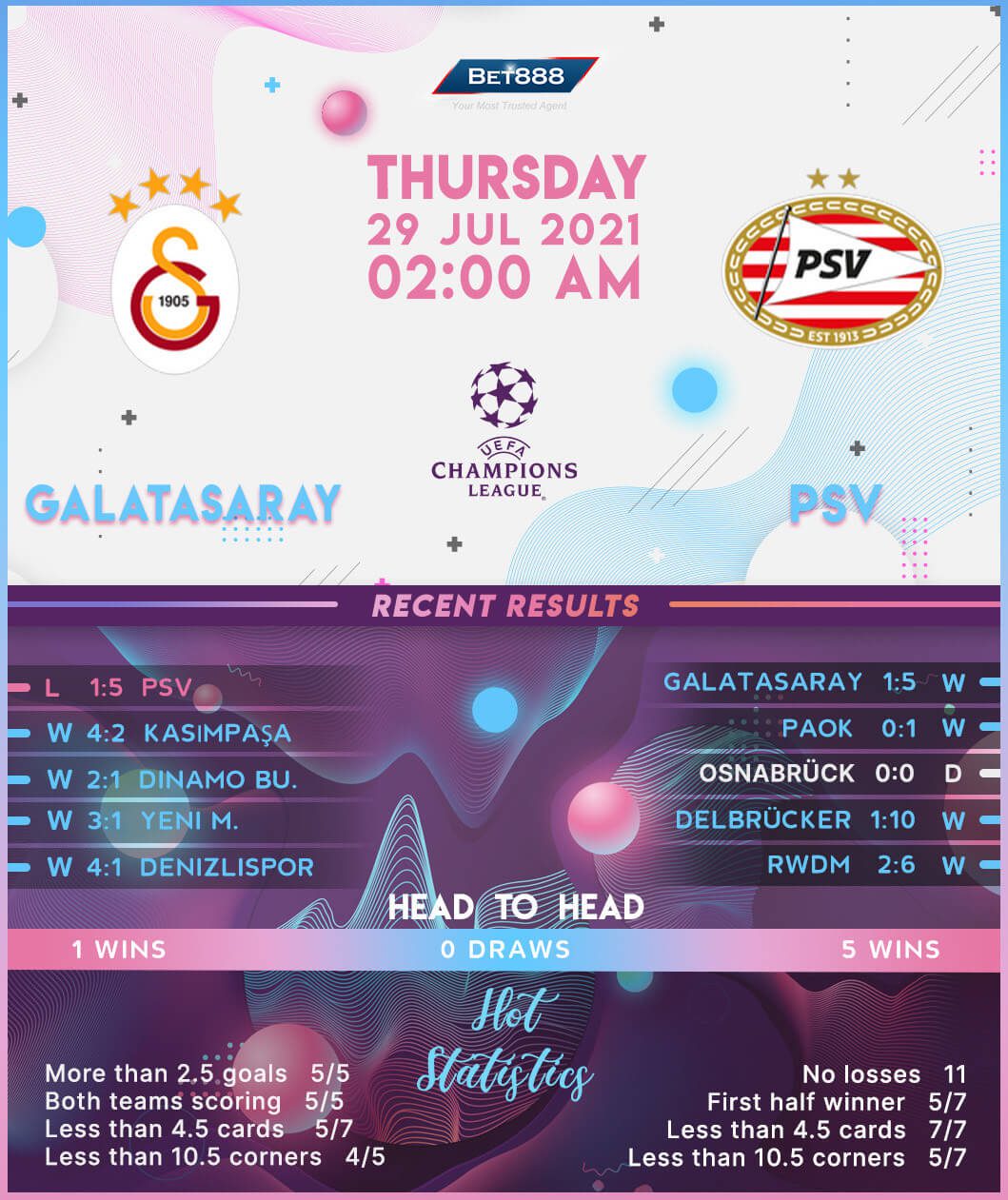 Turf Moor is the ven…