A South American classic between Chile and Argentina at the Estadio Zorros del Desierto could determine the hosts’ hopes of reaching Qatar 2022.

Though an underwhelming 2-0 home defeat at the hands of Ecuador last time out halted Chile’s run of three successive World Cup qualifying wins, the hosts are still in the race to advance to the upcoming tournament. Sitting a point adrift of fifth-placed Peru, the Chileans could even settle for a draw here, given that they’ve failed to beat Argentina inside 90 minutes across their last 11 meetings, friendlies included (D6, L5). Scoring first would increase Chile’s chances of posting their first H2H triumph since 2008, considering their four previous World Cup qualifiers at home have seen the winner on the day keep a clean sheet (W2, L2). Since three of their last four internationals saw one of the sides fail to get on the scoresheet in matches garnering under 2.5 overall goals, end-to-end action looks improbable.

In the meantime, Argentina became the second South American nation after Brazil to book their tickets for ‘Qatar 2022’ following a ‘nil-nil’ draw with arch-rivals in November. Like the ‘Selecao,’ the Argentineans have yet to taste defeat in the ongoing World Cup qualifying campaign (W8, D5), notably keeping six clean sheets on the trot ahead of this trip. But, fancy, high-scoring fixtures have not been Argentina’s strong suit, with four of their last five World Cup qualifiers featuring under 1.5 total goals. Au contraire, both of their previous trips to Chile in the competition have yielded an identical 2-1 scoreline (W2), suggesting the goals could be flowing around after all. But without a talismanic figure in Lionel Messi, Lionel Scaloni’s men will face an uphill task to improve their average of 1.66 goals scored per away 2022 World Cup qualifier. 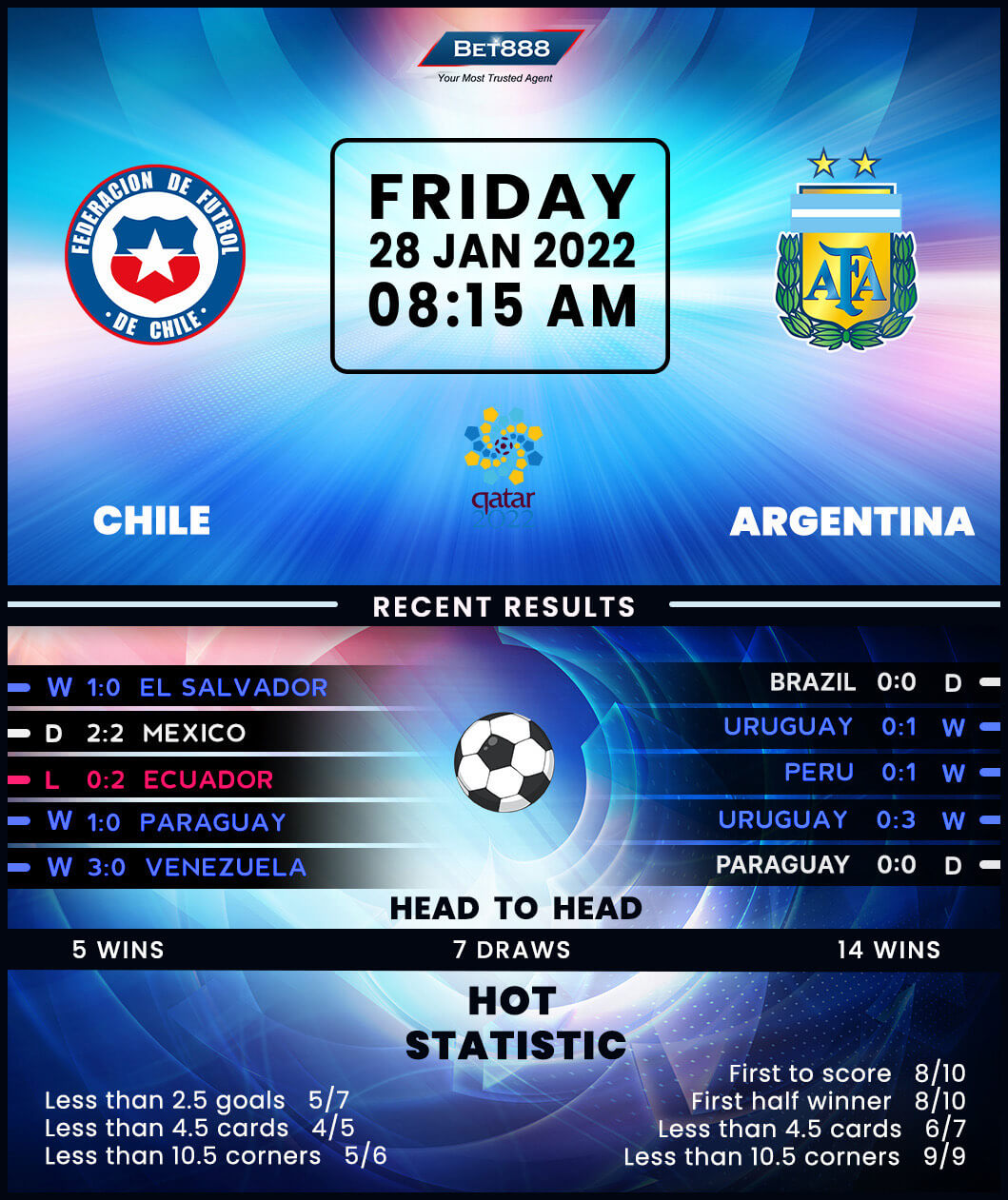